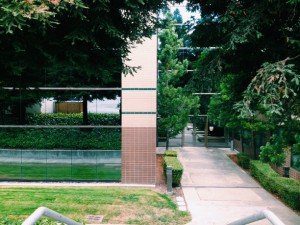 In a previous issue we met “Chuck,” a successful business owner looking to monetize his investment in his business.  The liquidity tool that Chuck and his advisors ultimately chose was the Ownership Transition Plan (click here to read that issue). Now I would like to introduce you to “Carol” and “Ahmed,” who were also looking for liquidity, but farther in the future. Carol and Ahmed were younger than Chuck and didn’t have any current candidates for ownership. But they were wise enough to plan ahead before their liquidity needs arose. After considering the various owner liquidity tools, we decided to build liquidity into their buy-sell agreement, There are many ways to build liquidity into your buy-sell, including:

If you have attended one of my seminars, you have heard me speak about the “two universes” of buy-sell agreements. In one universe (typically small start-ups with little built-up value and young founders), the buy-sell is purely a tool for restricting transfers of shares so the owners don’t wind up partners with someone they don’t know or can’t work with.

Mandatory Repurchase upon Death or Disability

In universe two, in addition to restricting transfers, the buy-sell sets up mechanisms to take care of the owner’s family should the owner die or become disabled. This universe usually involves mature businesses with significant value, the owners of which have families they want to provide for. Either the company or the other shareholders must purchase a co-owner’s shares upon death or disability. The company or the other shareholders often take out life or disability insurance on the other owners to fund their obligation to repurchase shares.  This is an excellent means of providing liquidity for an owner’s spouse or children, should his or her income suddenly go away. It is particularly appropriate where neither the spouse nor the children are involved in the business.

The buy-sell also can provide liquidity to owners by including mandatory repurchases of shares upon reaching certain ages.  For example, any owner who reaches the age of 65 may sell up to 20% of his or her shares per year for the next 5 years. The company is required to make the purchase. The owners can decide what age triggers the requirement and what percentage of shares is purchased each year. The agreement should allow them the flexibility to waive the provisions or negotiate variations for each individual owner, as circumstances dictate.

The buy-sell agreement can also require the company to repurchase an owner’s shares upon retirement. Some owners have no problem with their partners continuing to own an interest in the business after retiring. Others (particularly in service businesses) feel like once someone stops contributing to the business, they should no longer own shares.

In all of the above cases, the company typically has the option to pay a certain percentage of the purchase price (typically 20 or 25%) in cash, and the remainder over several years (with interest), thereby providing a nice income stream to the departing owner. If the purchasing party receives insurance proceeds, however, they must remit all of the proceeds to the selling party. The agreement often imposes an annual “cap” on the amount the company must pay (typically a percentage of revenue or net income), to avoid straining its cash flow. Payments that cannot be made because of the cap are deferred.

In rare cases, the buy-sell agreement can even provide for a “put” right, where any owner can require the company or the other owners to buy him or her out at any time. The repurchase price would be determined by a formula set forth in the agreement. This is much less common than the above options, primarily because co-owners don’t want the company to have to buy out another co-owner for no reason other than the owner wants out.

Carol and Ahmed decided to include all of the above tools in their buy-sell, other than the put right. Their company is required to buy their shares upon retirement, or when either of them reaches age 67 (at 20% per year over 5 years). They also included mandatory repurchase upon death or disability, and had the company take out life insurance to fund the repurchase upon death (they decided disability insurance was too costly). In the end, they wound up with a buy-sell agreement that builds in numerous tools for owner liquidity when needed.

If your buy-sell agreement (you do have a buy-sell, don’t you?) doesn’t provide you with liquidity, perhaps it’s time to have it revamped. Even if you feel your buy-sell is up to snuff, remember to have its terms (and the amount of insurance covering purchase obligations) reviewed every few years to make sure it is keeping up with changes in ownership, the value of the business, and the ages and family situations of the owners. The Randel Law Office would be happy to help you with this process.

This article is not intended and should not be relied upon as legal or tax advice pertaining to any specific matter. You are encouraged to seek competent legal and tax counsel before proceeding with any transaction involving any of the matters discussed above.